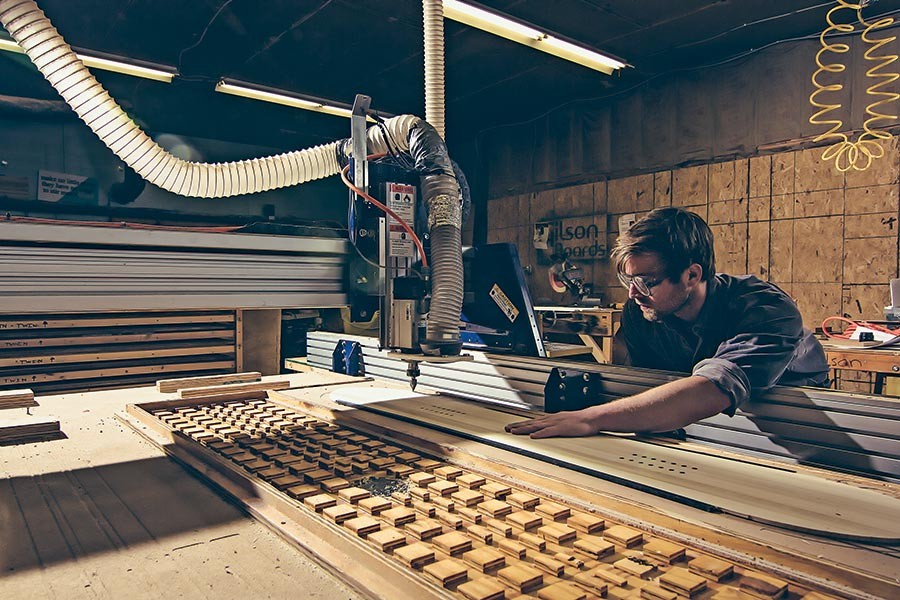 Yesterday I was lucky enough to attend the TEDx event at Bucknell. All of the speakers were fantastic, but my favorite talk was by Nicholas Gilson, titled "failing to learn".

Nick is the Founder and CEO of Gilson Boards, a ski a snowboard manufacturer located in Winfield, PA. He taught middle school science in Nashville, TN as part of Teach for America before going on to launch his company.

His talk was incredibly insightful and inspirational, and I wanted to share my key takeaways.

You don't need to know everything. You just need the confidence in yourself that you can figure it out along the way.

While Nick was teaching for a failing school in Nashville Tennessee, he made the decision to not "teach to the test".

Instead of putting his focus on teaching kids the information he knew would be on the standardized test that would be used to measure his success, he focused on giving them a skill-set and mindset they could use to figure out the answers even if they didn't know the material. He realized that if he could teach these kids concepts that would be valuable in real life, any multiple choice question a standardized test could ask would be easy in comparison.

Over the time Nick was there, the school went from being unranked, to 4th in the district.

When Nick started building his first Snowboard prototypes, he had no idea what he was getting into. He described the experience of riding one of his early designs as "riding down the mountain on a canoe". This failure would eventually lead to the creation of what Gilson has named the "soft age", one of the major features that differentiates Gilson from any other snowboard company.

2. Every failure is an opportunity

When Nick arrived at the middle school in Nashville, he saw that the school was failing the kids everyday. In his 6th grade class, reading levels ranged from 3rd grade to 12th grade. More and more emphasis was being placed on standardized tests, which focused on facts and formulas that could easily be looked up on the internet.

The kids were being trained as factory workers in an age where we need more innovators.

These clear failures gave Nick the chance to try something different. He created an environment where all of the kids were on the same team, where they could utilize there own strengths to help others. He built his own lesson plans to help kids learn in new ways.

Again in his business, many of Nick's failures have led to new discoveries.

Nick spent most of a school year designing and building his first prototypes. During his spring break he went to Colorado to test it, expecting it to work great.

When he returned to his classroom in Nashville, he presented all of the data he had collected, and explained to the kids that his project had been a complete failure. I had fun he told them, but I think it's time for me to move on to something new.

One of the kids in his class raised his hand and said "If you can quit, then we can too".

So Nick realized he had no choice but to keep at it. He took another look at all of the problems with his design and iterated to find ways to solve them. A few years later his class told him it was time to quit his job as a teacher in order to pursue his dream full time.

Fast forward a few years and Nick hit a wall again. Gilson Boards contacted over 8000 retailers and was rejected from every single one of them. Instead of giving up, they found a way to find their own customers and cost effectively ship direct to consumer. This allows them to maintain a healthy margin, despite being 100% American made and sourcing higher quality materials than their competitors.

3. It takes tons and tons of work---and you might still fail

While Nick was working at a school, he said spent roughly 100 hours a week in school and creating lesson plans, while spending what little free time he did have building his first snowboards.

He spent a year working at a cabin in rural Pennsylvania with no electricity or running water building the first 30 snowboards, so that he could invest as much money as possible into the materials and machinery to make the boards.

In hindsight, it's easy to justify all the work that went into creating Gilson, now the fastest growing snowboard company in the world. At the time however, Nick had to know there was a very real chance he would fail---and fail in a way that meant his company was out of business.

Despite the fact that Gilson has now become a success story, the majority of new businesses still fail. You have to be willing to put in the work despite knowing that the odds are against you. Nick started a business because he couldn't help but try out his ideas in his spare time.

This kind of insane work ethic is only possible if you really love what you do.

The odds of changing the world are against us everyday. It's on us to find something we love enough to overcome them.

eky Thanks for reading, and thank you Nick for giving a sick talk!

To find out more about his company, visit gilsonboards.com